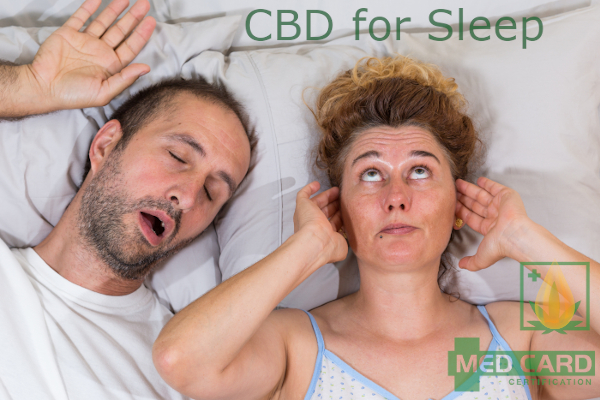 How To Use CBD to Get a Good Night’s Sleep

CBD for Insomnia and Other Sleep Disorders

Having trouble falling asleep at night? Or perhaps you’re not getting enough deep sleep and waking up still feeling a bit run down? Well, CBD oil might be just the thing you need to get some good Z’s.

If you’re suffering from sleeplessness you’re not alone. Nearly one in three adults in the U.S. suffer from some type of sleep disorder. Insomnia and other sleep disorders are on the rise in America.

Oftentimes, over-the-counter and prescription medications used to treat insomnia can cause a hangover-like effect. And, although the user might get some sleep, the following day can bring on more fatigue.

Hemp-derived CBD oil is helping countless grateful American’s to get a good night’s sleep. And, the fact is, CBD is proven safe and effective and free of the sometimes dangerous side-effects of traditional insomnia drugs. Moreover, CBD is non-intoxicating, non-toxic, and non-habit forming.

The fact that CBD might help insomnia patients is not new news. Historical records show that CBD has been used as a sleep enhancer for millennia.

A bit about insomnia and other sleep disorders.

Insomnia isn’t like most other common maladies. Deep sleep is absolutely essential for our mental and physical well being. The fact is, if you’re not getting enough sleep, your body isn’t getting the rest it needs to repair and rejuvenate. This can cause a downward spiral and affect many other aspects of our health which in turn can circle back and make it even harder to fall asleep and stay asleep.

Lack of sleep can also increase the chances of developing other life-threatening medical conditions such as high blood pressure, weight gain, excessive snoring, sleep apnea, and even diabetes.

There are two types of sleep disorders. Some people have trouble sleeping in the short term, perhaps brought on by current stresses or injuries. Others can have chronic, ongoing sleep problems.

Sleep disorders are often triggered by other underlying medical conditions such as chronic pain, anxiety and depression, drug and alcohol addiction, and so on. Various medications can also contribute to sleeplessness.

How Does CBD Oil Help You Sleep?

Cannabis, the plant that produces both marijuana and hemp, produces a family of compounds known as cannabinoids.

Marijuana produces a cannabinoid known as THC that can cause intoxication and, in fact, worsen some sleep problems.

Hemp, however, contains negligible amounts of CBD and does not cause intoxication.

Interestingly, researchers are finding that CBD not only alleviates insomnia in some patients, but it also reduces daytime drowsiness when used in smaller doses. In a review of existing research into cannabis and sleep disorders published in the journal Current Psychiatry and titled “Cannabidiol in Humans,” the authors reference a clinical study that showed a correlation between higher dosages of CBD and better sleep. However, another study using smaller amounts of CBD showed smaller dosages produced in patients more energy and wakefulness.

Over the past half-century, researchers looking into how cannabinoids work their magic have discovered that the human body naturally produces its own cannabinoids. Endocannabinoids, as they are called, are produced in the same way as a multitude of other neurochemicals.

Cannabinoids derived from plants such as cannabis, on the other hand, are known as phytocannabinoids.

The ECS is responsible for regulating physiological processes such as mood, appetite, inflammatory response, pain perception, and, yes, sleep cycles.

In one of the more famous studies into the use of CBD to promote sleep titled, “Endocannabinoid signaling Regulates Sleep Stability,” published in the journal PLoS, authors unanimously concluded that cannabinoids are “both necessary and sufficient to promote long (stable) bouts of NREM sleep.”

How to use CBD for sleep

When it comes to treating insomnia with CBD, no two patients are alike.

There are many factors that can determine the ideal dosage and delivery method. For instance, an effective dosage might depend on the cause of the sleep disorder, the patient’s size and sex, their level of physical activity, the delivery method being used, the formulation of the product, and the state of the patient’s own ECS — specifically, the prevalence of receptors and endocannabinoids produced by the brain.

Another factor to be considered is the user’s own preferences. For example, some patients would prefer not to smoke CBD hemp flower or use CBD oil vape pens because of the potential harm they can do to the lungs. Some might be against using tinctures because they can’t stand the taste. Others might not want to consume edibles containing sugar, and so forth.

Also worth keeping in mind is the fact that some delivery methods work more quickly than others. Smoking or vaping CBD can have an instantaneous effect, although the dosage might be more difficult to control. CBD gummies will often begin to take effect more quickly when eaten on an empty stomach than when eaten with food — generally within 30 to 45 minutes.

As with CBD gummies, CBD oil capsules will dissolve quickly on an empty stomach and thus offer a faster onset time.

Sublingual tinctures offer a faster onset time than capsules because the CBD is absorbed directly into the tiny blood vessels under the tongue.

Alternatively, edibles that contain fiber such as baked goods will take longer to digest and have a slower onset time than candy — as much as an hour or longer.

As we mentioned, the ideal CBD dosage will vary from person to person. Medical cannabis experts often recommend anywhere from 25 to 200 mg of CBD one-half hour before bedtime. It’s highly advised to start with the lower dosage and see how well it performs. If the patient needs more, they can work their way up over the course of a few days.

Also, keep in mind that various formulations offer different bioavailability. That means the amount of CBD that actually enters the bloodstream.

Vaping and smoking offer the highest bioavailability. In the edibles category, products that utilize nanoencapsulation technology are less prone to being trapped in fatty tissues and thus offer a higher bioavailability than regular CBD capsules.

With a little research, patients should be able to find reports from other CBD users who are having success with particular products and dosages. And it’s always a good idea to discuss this with an expert in medical cannabis.

Finally, be aware that taking too much CBD can cause undesirable effects such as daytime lethargy.  Therefore, as we mentioned, it’s a good idea to start with small amounts of CBD — between 5 and 25 milligrams depending on your size and weight — then work your way up to an effective dosage.